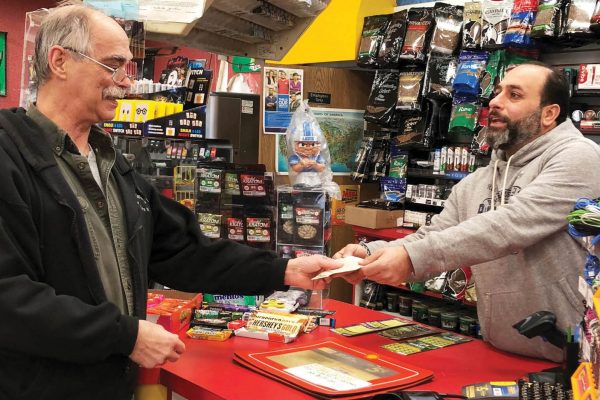 I gotta tell you about Dearborn, Michigan. I live here. I love it.

It’s one of Detroit’s most vibrant suburbs. As you might know, Dearborn is home to America’s largest Arab community. We house North America’s largest mosque. And we host the nation’s only Arab American museum.

It’s a great American town. Both of my neighbors are named “Mike.” (Their names aren’t “Mike.”)
Mahmoud and Mustafa. But whatever.

Warren Avenue, one of Dearborn’s main drags, used to be a virtual ghost town. But now, thanks to decades hard work by Arab Americans, it’s one of Michigan’s most economically successful corridors. In fact, almost all of East Dearborn has been rebuilt by a diverse set of immigrants, refugees, and asylum seekers from Lebanon, Yemen, Iraq, Palestine, Syria, Somalia, and so much more.

In other words, you know those stores you see in Dearborn with the signs with the squiggly lines and the dots and all that stuff? That’s not evidence of an invasion, okay? That’s evidence of job creation, tax revenue, and investment in the American Dream.

Some people say we Arabs are erasing Dearborn’s past. That’s not true at all. We’re just adding to it. It’s true that Dearborn has been home to other immigrant communities before we got here. It’s a city with a beautiful history. Whenever I’m walking around town and I see a old church, I just stare in awe I say, “… That’s gonna be a beautiful mosque one day.”

And the Arab contributions to Metro Detroit are not just about Dearborn. There are hundreds of thousands of Arabs living in southeast Michigan, doing every kind of job out there. And they’re not all Muslim by the way. In fact, half of Arab Americans are Christian, including lots here in Michigan.

Actually, both of my parents are Palestinian Arabs. My dad is Christian, my mom is Muslim.  I’m what happens when you have an interfaith dinner. Or maybe after dinner. Or whatever.

By the way, your mind is still blown by the Arab Christian thing. “How can there be Arab Christians?” People ask me that question all the time. I usually just give them a simple one-word answer: “Jesus.” Not like, “Oh, Jesus.” Just “Jesus.” He was from where we’re from, alright? He wasn’t from South Carolina. He didn’t look like Brad Pitt. He looked like DJ Khaled, minus 200 pounds.

Actually, I hear people have this debate all the time, “What did Jesus look like?” They write articles about it. They make TV specials about it. Scientists produce these long anthropological reports about it. You really don’t have to do all that. Just come down to Dearborn on a Friday night with me. We’ll gonna see thousands of guy who were born just a few minutes away from the actual manger. I’ll be like, “You see the guy back there slicing the shawarma? His name is Mike. He looked like him.”

Here’s the point. America has given a lot to a lot of immigrants. But those immigrants have given it back to America many times over. It’s not even close. Arabs are just one piece of that American fabric. And I happen to think we’re a pretty awesome piece.

So, what I’m trying to say is this. Next time you walk into a gas station and see a guy behind the register with a name tag that says “Mike,” you can just look at him and say: