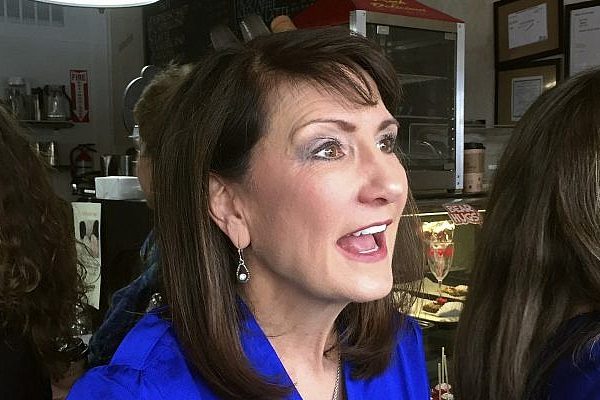 Marie Newman, one of three Democratic challengers in Illinois’ 3rd congressional district, is as pro-Israel as the incumbent AIPAC favorite, Daniel Lipinski. She has cynically courted the Arab American vote just for the numbers, eschewing all of our concerns for those of a pro-Israel political action committee, JStreet. Newman has not only been endorsed by JStreet, she has also become a Priority Candidate of theirs, 1 of only 3 total U.S. House challengers. In her previous election, another challenge to Lipinski in 2018, Newman received more than $82,000 from JStreet and their members. That’s 22% of her entire 2018 calendar year primary election total.

This is a terrifying amount of access that one group has bought from her. Despite campaign lingo suggesting that she pledges to run a clean campaign unencumbered by lobbies, we see the opposite. In truth, this all suggests that Newman is owned by only one special interest group. Furthermore, in this election cycle, Newman’s top listing as a “Priority Candidate” means JStreet contributions will likely increase, with more access expected in return, all at the expense of her constituents.

JStreet lauds itself as “the largest Pro-Israel PAC in the United States.” They proudly admit to having contributed more than five million dollars to US congressional campaigns in the 2018 election cycle. In their own words, their purpose is clear: “JStreet organizes and mobilizes pro-Israel, pro-peace Americans who want Israel to be secure, democratic and the national home of the Jewish people.”

JStreet members have a singular goal: advancing the goals of Israel in American politics, and they do so by directing members to donate to candidates that have aligned with their goals.

1. Change the political calculus on Israel so that candidates running for elected office are incentivized to take pro-Israel, pro-peace positions.

2. Make Congress less of an obstacle to bold executive diplomatic action toward the Middle East.

3. Ensure the US President and Administration feel both the impetus and the political space to exercise the bold leadership and clear policies necessary to achieve a two-state solution and end the Israeli-Palestinian conflict.

Essentially, JStreet purchases pro-Israel candidates and positions. It ensures bought-and-paid-for candidates like Newman streamline US executive actions that deprive Palestinians of a voice or a homeland. It seeks to pressure the President of the United States into supporting JStreet’s version of peace.

In order for Marie Newman to have received and continue to receive such largesse, she had to have expressed a very strong pro-Israel policy. That is not supposition. JStreet’s updated Leadership Manualoutlines its endorsement criteria:

“To be eligible for the PAC’s support, candidates must submit an Israel position paper that shows substantive alignment on JStreet key issues.”

In other words, in order to receive an endorsement, Newman had to actively seek and court JStreet’s support by echoing their unyielding support for Israel and policies which will allow for continuing genocidal bombardments of Gaza, apartheid segregation in the West Bank, and violations of human rights.

Furthermore, to be named a “Priority Candidate” this election cycle, she had to demonstrate “ongoing support for the candidate’s positions on our issues.” This suggests that she not only originally wrote a pro-Israel position paper in her first attempt at candidacy, but also demonstrated continued support for those positions in this second election. Thus, she has not altered her pro-Israel stance, and, as it currently stands, Marie Newman is the only Democratic Primary Challenger nationally to receive “Priority Status,” which sets her apart from 115 other endorsed candidates. Her support of Israel is solid and unwavering.

What has Marie Newman promised the pro-Israel lobby in exchange for these campaign contributions? What has made her a “Priority Candidate”? What did JStreet buy with their donations? According to the JStreet Leadership Manual, “Being pro-Israel means speaking out for policies that promote Israel’s interests and align with our values and against those that don’t, irrespective of the present government’s policies.” Essentially, JStreet member contributions bought Marie Newman’s assurance that she will advocate for a foreign nation regardless of what that nation does, what human rights violations it commits, what strategies it employs, regardless of whether or not her constituents object to that policy.

To actively seek the Palestinian and Muslim vote in IL-3, while also courting and winning the support of JStreet, is an astounding exercise in hypocrisy. She hopes to engage the 55,000 Arab and Muslim eligible voters in this district, tipping the race to her advantage. Her cynical opportunism went unnoticed in her first campaign. This time around, it’s glaringly obvious. In addition, it puts her nebulous flatulent statement to “protect and advance the rights of Arab and Muslim Americans and create a better future for all of us,” into a peculiar perspective. How can she advance the rights of Palestinian Americans when she is actively supported by a group that seeks to dispossess Palestinians and disenfranchise Palestinian voices? How can she advance the rights of any of her constituents if she is beholden to a foreign nation’s lobby? When it comes to the case of Palestinian rights, JStreet is Newman’s only major paymaster. When push comes to shove, she will support her financial backers over her constituents.

Newman is clearly “Progressive-except-Palestine.” We don’t know what Newman wrote in her position paper to JStreet, but we do know that it got the pro-Israel group’s thumbs-up. Whatever JStreet bought, it’s clear that Newman’s candidacy is not a “new day” in IL-3. In the end, she is just one more anti-Palestinian candidate, no matter how many Arab faces she showcases.

We simply cannot support another anti-Arab candidate trying to represent the district with the largest American-Palestinian population in the United States.

We are in a new era of politics in America. Let’s act like it.

* Fatima Mansour, author of Ruination, earned her BA in Classics and English from Southern Illinois University, and her MA in English from DePaul University. She taught English for nearly a decade in the southwest suburbs of Chicago.