Informed Compassion: Reflection on the events of July 16, 2014 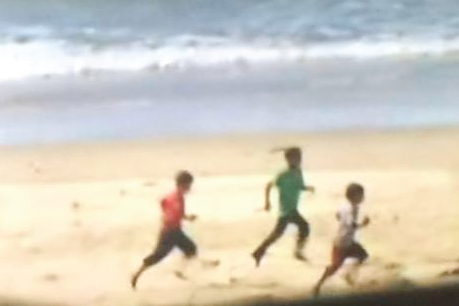 On July 16, 2014, I was sitting in the library of Bryn Mawr College in Philadelphia, reading and writing while waiting for my three children, who are attending a summer camp here. It’s a lovely campus, and last week, I enjoyed telling my children how this beautiful college was one of the first to offer serious programs of study for American women.

“So why couldn’t girls go to school?” my six-year-old son had asked before the camp started, after their orientation and campus tour.

“It was a different time, but things changed,” I told him. “They’re a lot better now.”

I even tried to make the connection to faith. We’ve been attending, as a family, a Quaker meeting back home in Baltimore, and I shared with my kids that Bryn Mawr College was founded by a Quaker. Last week in First Day School, they’d learned about Lucretia Mott and had even made little candles as they talked about her vision and ideas.

Fairness. Justice. And especially – compassion. All the things my husband and I try to emphasize to our kids. The world is better when we all show compassion.

So on July 16, I sent them off to their classes with their teachers, sat in the library and started writing. A few hours later, I took a Facebook break and saw my newsfeed filled with the latest headline out of Gaza.

Four boys, aged 9-11, all cousins, playing soccer on the beach.The beach is supposed to be a safe area. There aren’t many nice places in Gaza for kids to play and enjoy the summer sun, but the beach was supposed to be safe.

A shell hits an area close to the boys. It kills one. The other three begin running towards the al-Deira hotel, where journalists, who frequently stay there, yell uselessly at the gunner, “They’re only children!”

The gunner is unseen, but he can see. And seconds later, another shell explodes right behind these boys. It kills them, disfiguring their bodies in ways that most people hesitate to share on social media and others refuse to look at.

And still others have the nerve to ask, “Are these photos real? So many aren’t.” Such a comment was made when Anthony Bourdain, in his own expression of compassion, tweeted a photo of one of the boys, lying dead in the sand, his legs twisted horribly around his body.

People won’t look at these pictures. I know some of my friends have been annoyed with how frequently I have posted about this latest atrocity in Gaza.

The murder of children disquiets everyone. People want to demonstrate compassion, but they want news that makes them feel good. People respond when you post a picture of Jews and Arabs breaking their fast together. It’s an evening news headline, to round out the update on the “exchange” of fire between Israel and some nation called Hamas.

I’m no longer interested in this kind of verbal pat-on-the-back.

I’ve been asked to speak at an event to raise awareness and to do some peace-building.

Because here’s what I’m not able, this time, to do: I am not able to be the representative Palestinian, to sit beside a representative Israeli, and to talk about compassion in an general way.

I don’t want to hear nice things, about how “we all just need to get along,” and how the Jews and Arabs are really so much alike.

“We’re cousins, for God’s sake. Our cultures are so similar.” They will nod.

“Both sides need to just stop the killing.” Yes.

And someone will inevitably say, “Salaam and shalom are really derived from the same Semitic root word for peace.”

I don’t care anymore about this “feel good” approach.

Israel’s government is trying to eliminate the Palestinian people, its infrastructure, its history and its culture.

That’s what colonialism means – to take over someone’s land, exploit his resources, and then erase any memory of his presence in it. And while you erase him, you tell yourself that he deserves it.

So, no, thank you. I’m not going to be speaking as part of a panel that is more concerned with representing “both sides” than with sharing factual information. Because if I leave that safe platform, and if I talk about the unequal death rates, and the stifling blockade of Gaza, and the occupation that has lasted six decades, people feel queasy.

They don’t want to get “too political.”

I’m interested in saying that no child deserves to die: Palestinian. Israeli. Syrian. Iraqi. No child anywhere. Nothing political about that.

I want to say: I’ve been telling my children that the world has changed. Things are so much better now.

And yet that’s not true.

Here’s what is true: Someone saw these little boys running, running for their lives.

Someone saw Ahed Atef Bakr, Zakaria Ahed Bakr, Mohamed Ramez Bakr, and Ismael Mohamed Bakr abandon the soccer ball and run. And this culture of hate – this product of years of occupation and colonialism – allowed that person to press the trigger anyway, to blow them out of the sand, out of their clothes, out of their skin.

A culture that brews hate is not a culture that will thrive. Pretty words and feel-good gestures will not bandage this ugliness.

We need compassion that is informed.

The world, and every child in it, deserves better.

* Susan Muaddi Darraj is Associate Professor of English at Harford Community College in Bel Air, Maryland. She is also a Lecturer in the Johns Hopkins University’s MA in Writing program and an editor at Barrelhouse Magazine.