Palestinians don’t hate Jews, and I can prove it 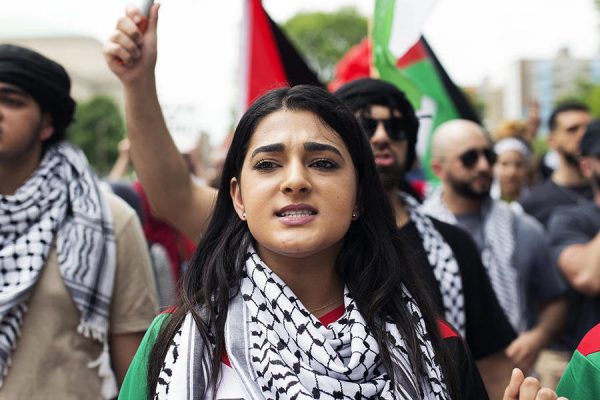 Recent events in America have compelled me to once again make something clear.

Palestinians don’t hate Jews. I can prove it.

Google was founded by two Jews. It was. Google it. I love Google.

A Jew invented the microphone. That’s pretty important to a stand up comedian like me. I’m deeply thankful for that.

We use Waze, a GPS app founded by Israeli Jews. Waze is driven by user-submitted data, allowing other users to see what sort of obstructions lay ahead on their routes. It’s a genius idea. Palestinians have used it to let each other know which West Bank checkpoints to avoid.

Viber was also invented by two Israeli Jews who were soldiers in the Israeli military. Palestinians used Viber to coordinate many meetings for the purposes of… well, many meetings. Many of those meetings were raided by the Israelis. Wait. Ahhhh…

Jews also invented circumcision, which, admittedly, I’m not too thankful for.

As I’ve often said, Jews and Arabs (who are sometimes the same person) have a lot in common too.

We both experience the scourge of excessive body hair. I’m terribly depressed when I find myself shaving my earlobes on a daily basis. I know I share that feeling with my Jewish brothers. And many of my Jewish sisters.

We both possess crazy, intrusive moms. My mother believes I’m gay, not that there’s anything wrong with that, but I’m not. Of course, her only evidence of this assertion is that I’m not married. But I don’t want to get too much into the lunacy of my mother, as she reads my writings, and well… she reads my writings.

I don’t hate Jews. I watch Seinfeld. I enjoy corned beef sandwiches. I love Isaac Mizrahi (not like that, Mom).

I don’t hate Jews. I adore bagels. I routinely stop in at a place called Einstein’s for a shmear. I mean, c’mon.

But there’s one more phenomenon that serves as the most solid proof that we don’t hate Jews. Palestinians naturally make the important intellectual distinction between Zionists and Jews. This may seem like a simple exercise to most people. But it can be messy to divorce your oppressor from his identity, especially when he employs that identity as his grounds for your oppression. But we do it, quite successfully. And the reason for that is quite plain. While we are acutely aware of the Jews who have dispossessed, dehumanized, and disenfranchised (sometimes even reveling in such things), we are also aware of the multitudes of Jews and Jewish groups who stand and march firmly with us in our struggle for equality and justice, many times risking their reputations and lives to do so. In fact, Palestinians understand and witness the diversity of Jewish opinions regarding Israel more than anyone else, including Jews themselves.

Nevertheless, we Palestinians find ourselves in the quite unique position of declaring our opposition to anti-Semitism at every turn of everything we do. It’s sort of expected of us. And this imposed expectation sprung from a very specific origin. Pro-Israel individuals, groups, and lobbies (yes, including AIPAC) have long painted Palestinians, Arabs, and Muslims as inherently anti-Semitic.

The Zionist weaponization of this racist trope has existed for as long as we can remember. When you can compel people to affirmatively announce that they aren’t racists, you can place their humanity in question. And when you can paint your fellow human beings in such a horrific manner, oppressing them becomes exponentially easier to justify.

Cruelly, we are saddled with the responsibility to protect the feelings of our oppressor. There’s something especially depraved about that.

Yet even in the face of that constant dehumanization, we don’t hate Jews. But let me tell you what we do hate. We hate the theft of our land, the indiscriminate murder of our children, and the denial of our history and culture.

I hate that my father was exiled from his beautiful seaside home in Yafa when he was just one month old.

I hate that my mother was refused the right to be raised in her majestic city of Akka when she was just eleven.

My grandparents were all born in Palestine. They are buried in California, Delaware, and Jordan. Against their will. I hate that deeply.

I hate the things that have happened to my people and our lineage. But I don’t hate people. I truly, genuinely don’t.

Still, we have persevered, quite incredibly. We love life, and we have learned to love our struggle. We are a wondrous, energetic, and resolute people. And, above all, we are eternally hopeful.

Stealing our land seventy years ago was fairly easy.  Wrestling away our optimism, on the other hand, has turned out to be an impossible task.

* Amer Zahr is a Palestinian American comedian, writer, professor and speaker living in Dearborn, Michigan. He is also the editor of "The Civil Arab."
6 comments