I’m a Semite too 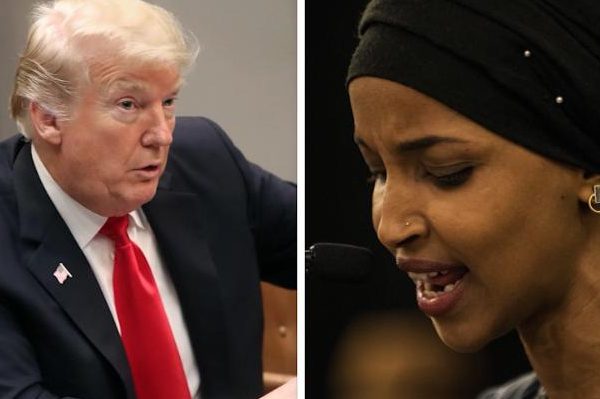 I’d really like to know why people seem to think that the Boycott Divest and Sanction Movement (BDS) is anti-Semitic. I’d also like to know why anti-Semitism is exclusive to Jews. Christians and Muslims live in the “Semitic” region. If its anti-Semitic, then by the very nature of the word, it is also anti-Arab. If you google “Semites,” the first thing that pops up is the definition, which reads:
“a member of any of the peoples who speak or spoke a Semitic language, including in particular the Jews and Arabs.” Not that Google is omniscient, but it certainly is omnipresent.

And as some of our new Congressional leaders have learned, supporting free-speech and the right to boycott governments that participate in apartheid policies (which has been confirmed by the United Nations), is well…anti-Semitic.

But I am a Semite too, and I don’t find BDS anti-Semitic. Quite the contrary, I find that calling for “Death to Arabs” is anti-Semitic. I find segregated streets–so obvious that Richard Gere describes it as “America before the Civil Rights Act of 1964”– anti-Semitic.

I didn’t hear condemnation of anti-Semitism after the IDF massacre of nonviolent protestors during the ongoing #GreatMarchofReturn, or the slaughter of over 500 children in Operation Protective Edge. No one claimed “anti-Semitism.” Is the killing of Palestinian civilians by the IDF not “defamatory” to the great state of Israel? Does AIPAC or the ADL really not recognize the blatant bias? Isn’t bias policy the foundation of apartheid? Isn’t the inability to see it racism?

But when Congresswoman Ilhan Omar calls out the unrelenting money marketing machine that disguises themselves as AIPAC, the ADL, and every Congressional supporter that has been funded by them on both sides of the aisle stepped in to demand a public apology after they decided her comments were deemed–you guessed it– “anti-Semitic.” But of course, we’re not really talking about Semites are we. We are talking about criticism of colonial Israelites.

We’re talking about critique of those that perpetuate the Zionism policies of 1897 that declared it “aims at establishing for the Jewish people a publicly and legally assured home in Palestine.” There is nothing legal about directly or indirectly aiding and abetting the displacement of one population for another. Anything that could potentially diminish the power and privilege that settlers have over Palestinians is considered by the great state of Israel as “anti-Semitic, and that is the real tragedy.

Not only do they silence the “others,” AIPAC has sat back and allowed Israeli policy to silence any Jews, Christians, and Muslims that disagree with their policies. From Jewish Voice for Peace, to IfNotNowWhen, and even Breaking the Silence, which are all Jewish, Christian, and Muslim activist organizations that are dedicated to the promotion of coexistence and upholding human rights laws for everyone on the planet-not just the Semites, whoever we may be.

But of course, its not just the Congressional leaders and the AIPACs and ADLs of the world, it’s the mainstream media too. The mainstream media too that continues to silence the voices of the oppressed by perpetuating the anti-Semitism narrative. Don’t believe me? What if Congresswoman Omar was a white, male? Ask Bernie Sanders if he’s an anti-Semite. He’s one of few that has been critical of all countries that violate civil liberties, including Israel.

Of all the organizations and professions in the world, particularly when journalists like Jamal Kashoggi are maimed to death for holding his country accountable, it is the mainstream media’s duty to diligently defend the voices of those that are quashed by the majority. And for the record, that was not a Bernie Sanders plug, but a plug for anyone willing to stand up to lobbyists, special interest groups, and corporate entities that continue to violate human rights laws and common decency for their bottom line.

And lastly, the next time this president decides to call for someone resignation, he needs to be the example and answer calls for his.

* Shirin Zarqa-Lederman was raised in NJ by her Palestinian Muslim parents and later married her Russian Jewish husband. Together they have five interethnic children who experience the traditional customs of both cultures with their extended interethnic relatives. Shirin is also Licensed Professional Counselor, focusing on Child & Adolescent Psychology, and has written her own children’s picture book series, "The Trotters of Tweeville," which is focused on demonstrating kindness to children. The series is available wherever books are sold.
One comment