My grandfather’s name was Muhammad too 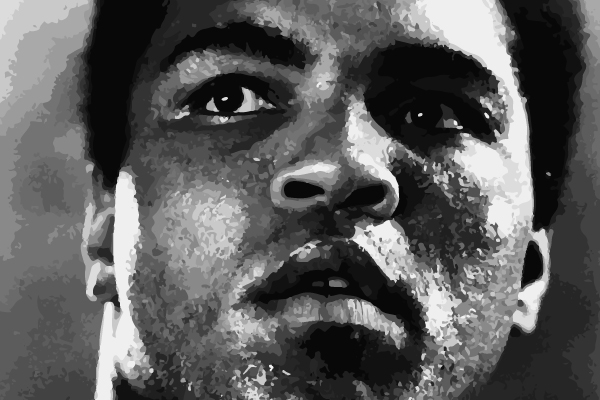 I was an Arab-Muslim-Palestinian-Christian-American kid growing up in a quiet, all-white, insulated suburb of Philadelphia.  I always knew I was a little different.  I had parents and grandparents with weird accents. On weekends, my parents packed us in the car to go see other kids who had parents and grandparents with weird accents. I constantly heard stories of immigration, discrimination, and “otherness” from my parents and elders.

Even in my childhood (not that long ago), Arabs and Muslims were vilified in the media and entertainment.  American Sniper, Chapel Hill, and Donald Trump are today’s reiterations of a long-standing atmosphere of Islamophobia and anti-Arab bigotry.  Whether it was Iranian students, Palestinian guerrillas, or Libyans shooting at Marty and Doc, being an Arab or Muslim kid in the 80’s wasn’t that fun either.

My grandfather’s name was Muhammad. He was also a survivor of the Palestinian “nakba” (“catastrophe”) of 1948, where Palestinians were dispossessed and exiled from their homelands.  He eventually ended up in California, where he passed away in 2003.  There’s a bunch of ways to spell that name, by the way.  We really have to get our act together on that one.  I actually remember that when I got old enough to notice it, I was excited that my grandfather spelled it the same way the champ did.

I got teased all the time as a kid.

“Do you guys eat camel?”
“Of course not,” I screamed back. I confirmed with my mom just in case.

“Watch out for the terrorist.”
“I live down the street,” I responded.  I thought they said “tourist.”

“You have a weird name.”
“Oh yeah?! Well, my grandfather’s name is Muhammad. Like Muhammad Ali.” That shut them up.

We all know that Ali sacrificed his material professional achievements by refusing to fight in the Vietnam War.  To be clear, however, he wasn’t a draft-dodger.  He didn’t look for some technicality to get out of it (which he surely could have secured).  He didn’t fake an injury or run to Canada. He stood in the face of his government and told it, unabashedly, “No.”  Muhammad Ali taught us, very clearly, that sometimes in life, perhaps often, if you wish to truly be great, you must become an enemy of the state.

So, sure, I could talk about Ali’s compassion, kindness, and influence.  But to me, his defiance is what I remember.  It’s what I identify with. America is a place that allows us to speak loudly, achieve proudly, and preach avowedly.  But it also a place that oftentimes can alienate those of us who sound, look, eat, and celebrate outside of the norm.  But Muhammad Ali made it ok for a young Arab kid in America to brashly, chest out, full of pride, inform everyone that his grandfather’s name was Muhammad too.  Thanks champ.

* Amer Zahr is a Palestinian American comedian, writer, professor and speaker living in Dearborn, Michigan. He is also the editor of "The Civil Arab."
3 comments