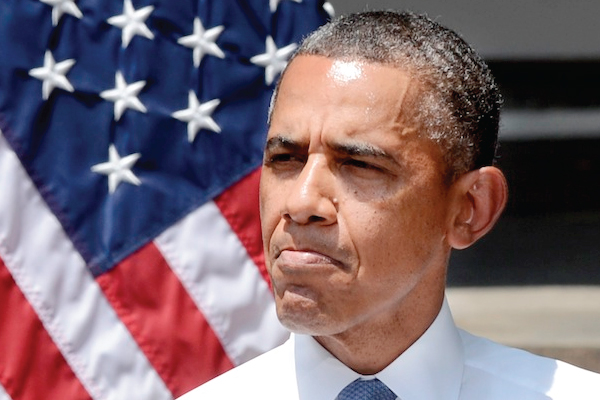 According  to the Pew Research Center, in the 2008 presidential elections, almost every black voter cast his or her ballot for Barack Obama. That statistic surprises no one, I presume. But more interesting than that number is the rate that other minorities and people of color voted for the first black president.

Latinos voted for Obama at a clip of 67%.  62% of Asian voters supported him. That means that he registered 6.5 million out of 9.7 million Latino votes, while scoring 2.1 million out of 3.3 million Asian votes.

When 2008’s black, Latino, and Asian voters were taken together, 23.7 million of the 28.9 million voted for Barack Obama. In other words, 83% of these minority voters went for him.

Also, there may be as many as 7 million Muslims in America, and, according to a poll conducted by the American Muslim Task Force on Civil Rights and Elections, 89% of Muslim voters cast their ballots for Barack Obama in 2008. I’m not sure whether or not that statistic includes the president himself.

On the other hand, out of the 100 million white Americans who voted in 2008, again according to Pew, only 43% voted for President Obama. And that number most likely includes voters who are legally considered “white,” like Arab Americans, who, according to the Arab American Institute, voted for Obama at a rate of 67%. 28% voted for John McCain. The rest voted for their brother Ralph Nader. That’s how he got his 1%.

We can probably safely assume that Mr. Obama also received the lion’s share of votes among other “white” communities here, like Iranian Americans and Turkish Americans. Probably Chechens too. So, in reality, if we were to only imagine those white voters who were really think of as white in this country, that 43% number might drop considerably.

If it weren’t for those 100 million pesky white voters, Barack Obama wouldn’t have had to campaign at all. His blackness would have taken him straight to the White House.

So, we have 83% of recognized minorities (black, Latinos, and Asians), 89% of Muslims, and 67% of Arab Americans, all voting for Barack Obama in 2008. Many of the white voters who chose him most likely also did it for the same reason as their fellow Americans of color. Why did they all vote for him? Like me, they did it because he’s black.

Should the president be speaking more loudly and forcefully about the unnecessary criminal killing of black men at the hands of police throughout America? Yes! And why should he? Because he’s black, and that’s why we voted for him.

Should the president be commenting about how race is at the center of certain issues even when it might not be fashionable to do so? Yes! And why should he? Because he’s black, and that’s why we voted for him.

We voted for him because we thought, as a black man, he would bring a unique perspective to leadership that had been so glaringly lacking before he took office.

Since Barack Obama was elected, racial issues in America have been addressed less than they were before. Is he afraid that people might think that if he talks about race, that he is simply doing it because he’s black? Well, to those of us who voted for him, it seems that is precisely the case. In doing so, he is contravening the entire purpose for which we elected him.

We expected you to say all of these things. We didn’t just expect you to.  In fact, we needed you to.

As Cornel West declared early this week, it seems “we got played.” Rather than use the huge political capital that Americans of color and conscience overwhelmingly gave him when he entered office, he became a “neoliberal opportunist.”

Instead of representing and speaking for the people that actually voted for him, he is too busy trying to satisfy those that didn’t.

We elected a black president. And he has made fools of us all.

* Amer Zahr is a Palestinian American comedian, writer, professor and speaker living in Dearborn, Michigan. He is also the editor of "The Civil Arab."
9 comments