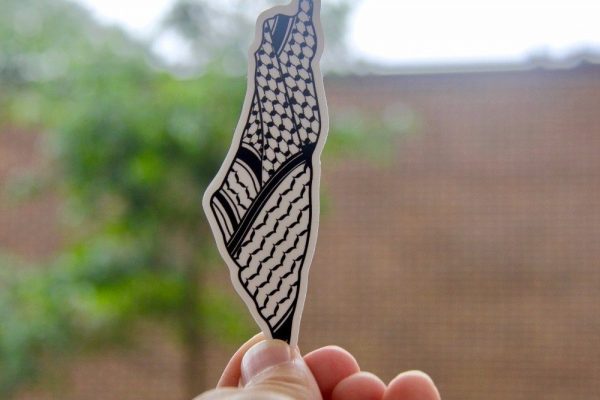 You have to feel bad for the Israelis. They’ve tried everything to get rid of us. But we just won’t die.

Over 70 years ago, Israeli militias entered our villages and towns. They came heavily armed, and heavily determined, to displace and dispossess us. They massacred entire populations. They demolished over 400 villages. They stole property. They were ruthless. And, from their point of view, they did a pretty good job. They turned about 800,000 Palestinians into refugees.

We Palestinians call that “al-Nakba.” Or “The Catastrophe.” We commemorate it every May 15.

In 1967, Israel commenced its military occupation of the West Bank, Gaza, and East Jerusalem. As a result of that war, another 300,000 Palestinians fled their ancestral homeland. A number of additional villages were destroyed. A couple refugee camps, which had housed some of those Palestinians refugees from 1948, were also depopulated. That means some Palestinians were made refugees by Israel twice in twenty years. That’s gotta be some kind of record.

We Palestinians call that “al-Naksa.” Or “The Setback.” We commemorate it every June 5.

In 1976, after Israel announced it was expropriating hundreds of acres of private Palestinian land for state purposes, Palestinians called for a general strike and protests. In the ensuing demonstrations, six unarmed Palestinians were murdered by the Israeli military, with a hundred more wounded.

We Palestinians call that “Youm El-Ard.” Or “Land Day.” We commemorate it every March 30.

So, a quick review.

As you can see, there’s a theme.

In 2018, between March 30 (Land Day) and May 15 (al-Nakba), Palestinians in Gaza protested daily at the Israeli border.  About 80% of Gaza’s nearly two million residents are refugees from villages that are literally walking distance from their new homes. Israel murdered 183 Palestinians during that time.  They massacred 60 alone on May 15, as Israelis and Americans were celebrating the new American Embassy in Jerusalem.

We haven’t come up with a name for that day yet.

They’ve tried all these things to get rid of us. It just hasn’t worked out. We just won’t die.

They’ve even declared falafel as the “Israeli national snack.” That one hurts.

They’ve tried everything to get rid of us. In fact, getting rid of us has really been their top objective for over 70 years. Frankly, they’re not that good at it. We just won’t die.

And not only are we stubbornly staying alive, this whole Nakba-Naksa-Youm El Ard stuff has actually made us stronger.

Palestinians are the hardest working people in the world. Because our homeland was stolen from us, we have to excel everywhere we go. We don’t have an easy fallback. If we mess up, we can’t just go back to our country. It doesn’t work like that for us. There’s no Plan B. So, we are super successful. We’re serial overachievers.

Palestinians are the smartest people in the world. After losing our land (for the time being), we realized quite quickly that education was to be our passport. So we got educated. Like, really educated. More PhD’s than anyone else. More engineers. More doctors. Not enough lawyers, though. We need more of those, especially in our copyright claims on hummus.

Palestinians have to learn a few languages just to get along. In the West Bank, Gaza, and Jerusalem, getting a good job usually means working for some sort of non-govermental or international organization, where one must speak near perfect English, along with their native Arabic. For Palestinians who live in Israel, Hebrew comes along for the ride too. That’s right, in the midst of trying to exterminate us, they’ve made us multilingual.

To illustrate all these points, I’d like to tell you of the case of a particular refugee I know quite well. His name is George Zahr. He was born in Yafa, Palestine in March 1948. At one month old, he became a refugee. He grew up in Jordan, starting his education in UNRWA schools. Then, he finished high school with honors, college with honors, master’s degree with honors, and a doctorate degree in chemistry with honors. As you can see, there’s a theme.

His education got him a professorship, then a well-paying research position in America for thirty-five years. A big house. Nice cars. College-educated kids. That’s the Palestinian story. From nothing to everything.

Education catapulted my dad from a shoeless Palestinian refugee to a spoiled American who owns a triple-control, seven-jet, multi-functional, Bluetooth-enabled, state-of-the-art, voice-activated shower.  I love this country.

And it all happened because Israel tried to get rid of him.

But there’s one more thing.

Remember how I said Israel created 800,00 Palestinian refugees in 1948? Well, that was true. But they didn’t get everyone. About 150,000 Palestinians remained in what is today Israel. Now, if those 150,000 people had increased at the average global population growth rate, today they should number about 350,000-400,000 people. But they’re not 350,000-400,000 people. Nope. They’re 1.8 million people. That’s right, they drop bombs, we drop babies. They have tanks and helicopters, but we have the strongest weapon in the world.

And that population spike is not our fault. When you shut down the roads, deprive us jobs, and confine us to ghettos, there’s a lot of free time to fill. And don’t forget, two thousand years ago, we got a woman pregnant without touching her. What did you think was gonna happen when we started touching each other?

So, I guess my message is this. Don’t push us. Don’t challenge us. We end up as multilingual, super-educated, hyper-reproductive, overachieving marvels.

That’s right. Don’t mess with us Palestinians. If you do, we will outwork you, we will outsmart you, and we will, if necessary, outfuck you too.

(Photo courtesy of Wear the Peace. Visit their site for Palestinian-themed apparel and accessories.)

* Amer Zahr is a Palestinian American comedian, writer, professor and speaker living in Dearborn, Michigan. He is also the editor of "The Civil Arab."
5 comments