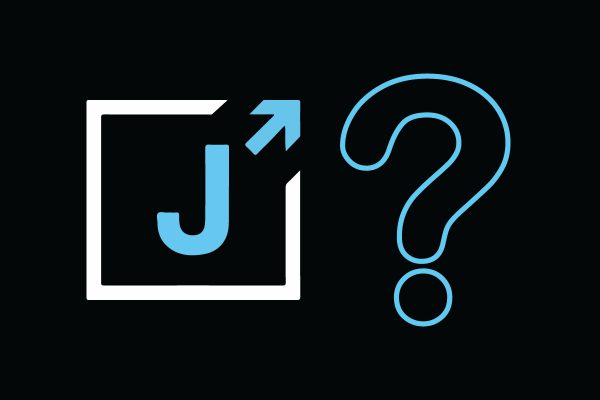 We Palestinians in America have watched AIPAC ravage us for decades.  For years, the American Israel Public Affairs Committee has specialized in dehumanizing Palestinians, erasing (or denying) our history, and debasing our national aims.  Every Palestinian in America, and perhaps worldwide, is raised learning of its evil intentions, achievements, and genius. In fact, one of my first words was “AIPAC,” right after “hummus,” “hookah,” and “Gigi Hadid.” Ok, that last one came much later.

So, when J Street hit the scene, we were sort of relieved. Finally, here was a pro-Israel lobby group that was not as bad as AIPAC, which is, admittedly, a low bar. It’s kinda like saying, “wow, that guy has more personality than Mike Pence.” We thought maybe this was like Jewish Voices for Peace (JVP), or If Not Now, groups where Palestinians find real solidarity. If Not Now brands itself as a group chiefly concerned with immediately ending support for the occupation among American Jews, without explicitly supporting Zionism or denouncing BDS in the process.  JVP has gone even further, explicitly declaring itself as an anti-Zionist movement.

Sounds great, right? But the position continues, “We support the creation of an independent, de-militarized state of Palestine with defined borders.” And there it is. This statement, more than any platitudes about “democracy” or “values,” illuminates the overarching philosophy of J Street.

Let’s start with “defined borders.” It’s notable that J Street doesn’t call for an immediate end to the occupation of the West Bank and Gaza based on 1967 borders, as international law requires. The vagueness is intentional. Wouldn’t adherence to universal “values” only result in nothing less than a demand to unconditionally end it NOW?

And don’t get me started on “de-militarized.” I’m a nonviolent pacifist, okay? But how can you, with a straight face, demand that a newly formed hypothetical state – one whose borders have been invaded and occupied by Israel, a nation who, by the way, happens to be a nuclear power with the 17th largest military in the world (and 101st largest population in the world) – be “de-militarized”?

Ultimately, J Street only looks tempting against the backdrop of a current right-wing government in Israel. But let me tell you a secret about we Palestinians.  We don’t rank Israeli governments on “right” or “left.” When it comes to stealing our land, killing us in our streets, and denying our history, they have all operated within a hair of each other. Is Eric Trump sillier than Donald Trump Jr? Sure. Maybe. It depends. But they’re both still Trumps.

The Israeli right: “We want 100% of the land, so let’s confiscate it and do what we can to get rid of and/or disenfranchise the Palestinians. Hopefully, they’ll all just finally leave. We definitely won’t want to live with them. Their culture is backwards, dirty, and savage.”

The Israeli left: “Let’s give them 22% of their ancestral homeland. That will help us secure our future. Hopefully, the ones in Israel will go there too. Because, let’s face it. We definitely won’t want to live with them. Their culture is backwards, dirty, and savage.”

J Street’s philosophy is based on the notion that Palestinian history is expendable and our culture is disagreeable (other than hummus and falafel, of course). Palestinian freedom, in their eyes, is only allowable through the lens of Israeli security and perpetual Zionism. Yes, they might say “end the occupation” and “end the settlements” and “Gaza is a humanitarian crisis” and so on. And those are all nice things to hear. But they don’t wanna live with us. They believe in separation.

Well, I don’t. If you really believe in values of “democracy” and “coexistence,” there is no option other than a democratic, secular, single state in all of historic mandate Palestine.

As an aside, before anyone tries to “gotcha” me, yes, I know Bernie Sanders addressed J Street. And he gave a wonderful speech rooted in democracy and universal human values. And yes, he said he believes in Israel’s right to exist. But notably, he didn’t parrot any of the “strongest ally” or “only democracy in the Middle East” or “unbreakable bond” nonsense we hear all the time. In politics, we don’t seek perfection on our issues. Rather, we look to the candidate who will change the conversation in our favor. We seek the candidate who is best for our cause, the one who can lead us to fundamental changes in American policy. He is clearly that candidate, by far.

But when it comes to whether or not we give J Street the Palestinian stamp of approval, we can take a different approach. The two-state Oslo process is not flawed because of mistakes in execution. It is a failure because it was never meant to provide for Palestinian self-determination.

Moreover, we Palestinians in America have gained too much pushing our narratives to let up now. We have, through persistence and intelligence, changed the conversation about Palestine here, profoundly so.  We cannot now accept the discourse of a pro-Israel lobby group that declares that we shouldn’t have full democratic rights in all of our homeland, but rather merely a quarter of it, and only if we “behave.”

To be clear, I’m not asking anyone to boycott J Street. On the contrary, let’s talk to them. Let’s push them. Most importantly, let’s make sure they understand what we will accept (full freedom) and what we will not (conditional freedom). We don’t need to abandon our core values, our rich history, and our precious principles.

We’ve worked too hard for that.